Sign up to receive important email communications from Easts Juniors.

The Queensland Rugby League can provide an update on the status of its Statewide Competitions, community football and representative programs following tonight’s board meeting.

After careful consideration in relation to the unfolding COVID-19 situation, the QRL has suspended its Statewide Competitions and community leagues, effective immediately.

In addition, all junior regional events and state carnivals will be postponed indefinitely.

QRL Managing Director Robert Moore said the four QRL Statewide Competitions would be suspended until June 5, and all junior and senior community rugby league until at least the first weekend of May.

While some community competitions are yet to kick-off, the four statewide leagues commenced at the weekend with 25 games played across the Intrust Super Cup, BHP Premiership, Hastings Deering Colts and Auswide Bank Mal Meninga Cup.

Should circumstances allow, the QRL will work with its clubs to facilitate the return of these four competitions mid-year.

Such a scenario would provide the opportunity for all Intrust Super Cup clubs to play each other once before the scheduled 2020 finals series, in addition to the results from Round 1 fixtures which would stand.

Similar fixture models, in line with the proposed date for the return of premiership games, are currently being looked at for the BHP Premiership, Hastings Deering Colts and Auswide Bank Mal Meninga Cup.

Moore said the board had considered all aspects of the current situation in consultation with its operations teams and clubs.

“This public health emergency we’re working through is unprecedented; and the health and safety of our participants is a priority, along with the welfare of Queensland communities,” Moore said.

“The decision to put our Statewide Competitions, community leagues and representative programs on hold takes into account all the relevant information provided by the National Rugby League, public health authorities and the government.

“Ultimately, it is our responsibility to implement procedures that don’t place players, volunteers, staff and other stakeholders at unnecessary risk.”

Approval for clubs to hold training sessions during this period is an ongoing matter, as the QRL is seeking further advice from its chief medical officer, Dr Roy Saunders, as well as Queensland health authorities.

COMMUNITY RUGBY LEAGUE MEMO
RE: COVID-19 (Corona Virus)
TO: All Regions, Clubs and Leagues
FOR: URGENT DISTRIBUTION
The purpose of this MEMO is to provide advice relating to an operational response to COVID-19
pandemic
Personal Hygiene
• Players should only use personal water bottles. Sharing of team water bottles should be
avoided. Where possible use paper cups and dispose.
• Do not share towels or other toiletries.
• Have hand sanitiser readily available and wash hands on a regular basis (30 second minimum).
• Sterilise training equipment, gyms and other club facilities where possible.
• Avoid using club showers or amenities unless they are sterilised after each use.
• Participants should bring a change of clothes for post games and training. Participants should
avoid being in sweaty clothing for long periods.
• Reduce unnecessary contact. E.g. Hand shaking, kissing, hugging.
• Any participant or volunteer that is presenting cold or flu symptoms must self-isolate and
seek immediate medical advice.
For more information on personal health please refer to the QLD Health Website below:
https://www.health.qld.gov.au/clinical-practice/guidelines-procedures/diseasesinfection/diseases/coronavirus
Competitions and Training
• At this stage, the hosting of competitions and/or trial games are at the discretion of the
relevant Local League. As this is a rapidly changing situation further advice will be provided
during the week commencing 16 March which may result in all QRL Sanctioned
Competitions being suspended.
Queensland Rugby Football League Limited
ABN 65 009 878 013
83 Castlemaine Street Locked Bag 3000 T +61 7 3367 6000 E [email protected]
Milton QLD 4064 Paddington QLD 4064 F +61 7 3367 6085 qrl.com.au
• Most recent Government advice is to limit all non-essential gatherings (not including schools,
universities or airports) of more than 500 people. This is to take affect from Monday 16
March.
• Clubs, leagues and associations continuing to host training sessions please comply with the
above. This may require you to alter training days and schedules.
• If possible, consider holding gatherings or team meetings outside to increase airflow and
avoid being in a confined space for too long as a group. Consider using marquees and tents
to increase shade.
• All clubs, leagues and associations should avoid non-essential group travel.
Reporting
• Reporting is vital. Any club, league or association that confirms a reported case of COVID-19
must provide immediate advice to Darren Schooth via email at [email protected] .
The QRL will continue to update all affiliates as new information becomes available.

CLICK HERE for the QRL COMMUNITY LEAGUE MEMO
Training Schedule updated - 2nd March
The Training Schedule has once again bee updated. U16 Div 1 and U17/18 will train Thursdays at Nathan. U7's will now start 19th March. Please check your training times and days!!
Click Here for the latest version
Registrations - URGENT REMINDER
All registrations and fees must be finalised by Thursday 27th February. All 2019 insurances along with 2020 Trial and Train forms lapse on this day. If you have applied for a Transfer to Easts Juniors and you have received a confirmation email, please ensure you have read and completed all the steps mentioned in the email.
Click Here to Register
Referees needed!!
Without referees there is no game! Do you love the game of Rugby League and want to earn some extra money? If you're 13 years or older, we need you!
Click Here to become a Referee
Club socks are now available!!
If you have registered, paid fees and collected your clothing, but were missing socks. The socks have now arrived. Please bring your receipt to collect them at the Clubhouse
Previous
Next

Our 2019 U6’s are being used by the NRL to promote Tag Rugby League across Australia.

All our under 7’s and their coaches are lucky enough to learn safe and correct tackling techniques, preparing them for the tackle version of the game.

A great opportunity to shift the focus from winning premierships to allow coaches the freedom to offer ALL players an enjoyable experience.

Here is a great opportunity for aspirational players aged 13 – 15 who are eager to learn. Congratulations to the Easts Juniors boys who were selected in the Eastern Suburbs U16 Academy Squad playing for SEQ Selection.

Without referees there is no game!

Do you love the game of Rugby League and want to earn some extra money? 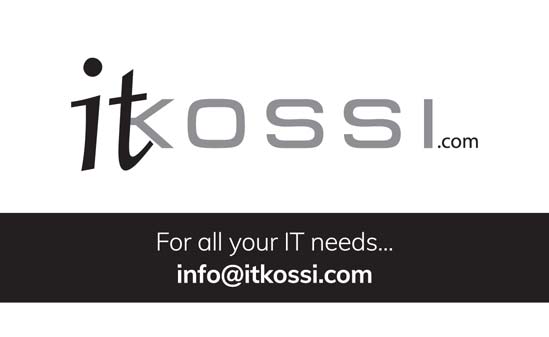 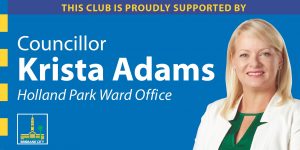 Easts Juniors appreciates the generous support of all our sponsors.

Easts Juniors is the junior club of Easts Tigers.  Club supporters typically call us Easts.   We are a junior rugby league club based at WJ Scott Park, which is in the suburb of Holland Park in Brisbane.